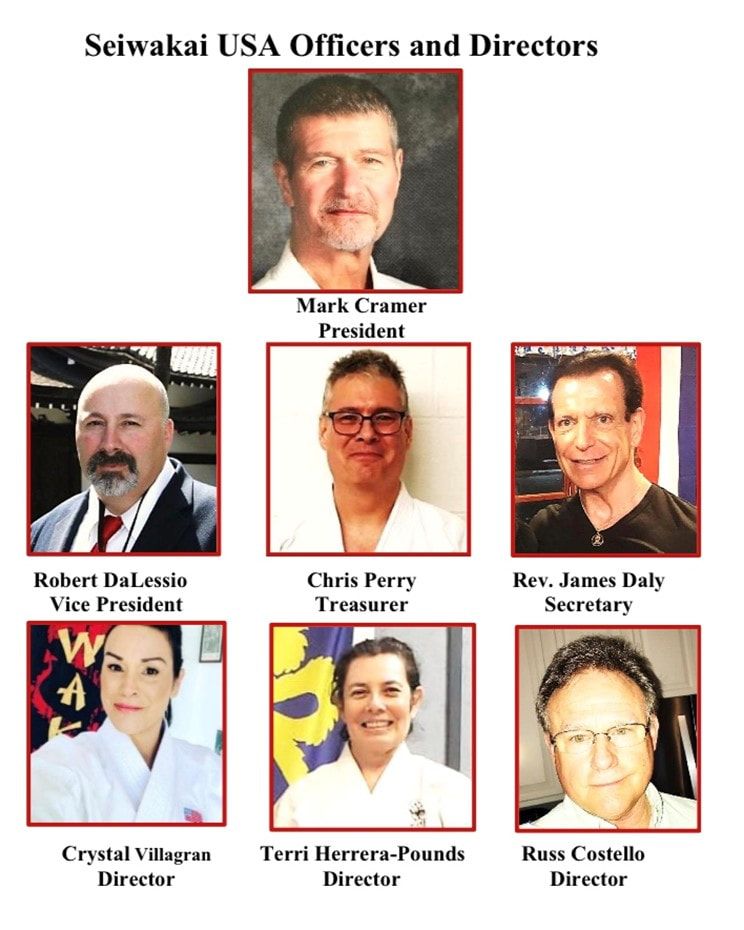 We are a non-profit organization whose purpose is promoting Traditional Goju Ryu Karatedo in the United States. Our focus is passing on the inherent benefits of traditional Goju Ryu Karate – good character, individual growth, cooperation, and self-defense for the benefit of our communities, as well as supporting our members who participate in regionally, nationally, and internationally sponsored sport karatedo events. 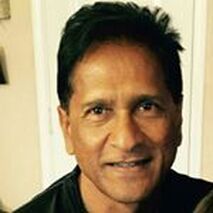 ​Vassie Naidoo, 8th Dan Hanshi, is the advisor to Seiwa Kai USA and the Vice President of Seiwa Kai International whose headquarters are in Omagari, Japan. He started training in Goju Ryu with Leo Lipinski Shihan in 1962, and by the 1970s he was teaching in the Gojukai organization of Gogen Yamaguchi Hanshi in Durban, South Africa. In 1980, he moved his family from Durban, South Africa to Santa Monica, California where Leo Shihan was living at the time. In 1994 he went to Japan with Leo Shihan, joined the Seiwa Kai, and trained daily with Tasaki Shihan and Fujiwara Shihan.
Mark Cramer is a 7th Dan in Seiwa Kai and 6th Dan JKF Goju Kai. He began his karate do training in 1971 while he was a student at Kent State University, and in 1974, he began training in the Yamaguchi Goju Kai organization. Then in the early 1990s he joined Goju Ryu Karatedo Kyokai. In 2011 Mr. Cramer’s dojos joined both Goju Ryu Karatedo Seiwa Kai and the JKF Goju Kai. Moreover, Mr. Cramer has been a public school teacher since the mid-1970s and has dojos in Ohio and Michigan which are associated with public schools. Mr. Cramer is also the author of The History of Karate and the Masters Who Made It.

Robert DaLessio has studied martial arts for 40 years. He holds a 5th Dan in Seiwa Kai Goju-Ryu Karatedo, a 2nd Dan in traditional Japanese Jujutsu, along with rank in Judo. Sensei DaLessio has dedicated most of his life to the Martial Arts including two trips to Japan in a quest to better understand both Budo and Bujitsu.

James Daly is a 6th Dan in Seiwa Kai and began his Martials Arts journey at age ten studying Goju-Ryu Karate in the Bronx, NY. Years later he traveled to Japan to study for and received his first Black Belt under Yamaguchi Gogen Sensei. Daly has trained in various styles of Martial arts and has received Black Belts in Shotokan Karate and Korean Tae Kwon Do. He also studied the Hung Gar style of Chinese Gungfu for six years. For the past twenty-eight years he has been a member of Goju-ryu Sewai Kai under Shihan Vassie Naidoo and holds a 6th Dan in the style. He is a senior instructor at the Santa Monica dojo under Shihan Naidoo.

Chris Perry is a 5th Dan with the Seiwa Kai and has more than 18 years of experience in Goju Ryu Karatedo. He is an engineer with Marathon Petroleum in Detroit, Michigan.

Crystal Villagran  is a 3rd Dan Seiwakai. She has over 15 years of martial arts experience. She first trained in Shito Ryu (Brown belt), then switched to Goju Ryu under Vassie Naidoo Hanshi. She is an active member in Sales Operations for Goju Ryu Seiwakai Karate of LA, and a regular writing contributor to the weekly newsletter there.

Russ Costello is a 6th Dan in the Seiwa Kai organization.  He began his training career in New York in 1970 and has been practicing and teaching Goju Ryu Karate for over 45-years.  During this time, Mr. Costello established Goju Ryu dojos in Garden Grove, CA; Santa Barbara, CA; Lexington, KY and is currently the Chief Instructor at Tennessee Valley Seiwa Kai in Franklin, TN.

Theresa (Terri) Herrera-Pounds has been training in karate since 1989, starting at The Hills Shito-Ryu Dojo in Austin Texas, under her future husband, where she received her Shodan ranking. In the early 1990’s, she began training under Chinen Teruo Sensei of Jundokan International Okinawan Goju Karate-do, where she received her Nidan ranking. Terri and Jim Pounds became members of Seiwakai International in 2004.  She received her Sandan and Yondan under Tasaki Shuji Hanshi, and her Godan in 2020 under Fujiwara Seiichi Hanshi. Terri is a member of the the Seiwakai International Women’s Advisory Board (SIWAB) and is Chair of the USA Seiwakai Women’s Committee.